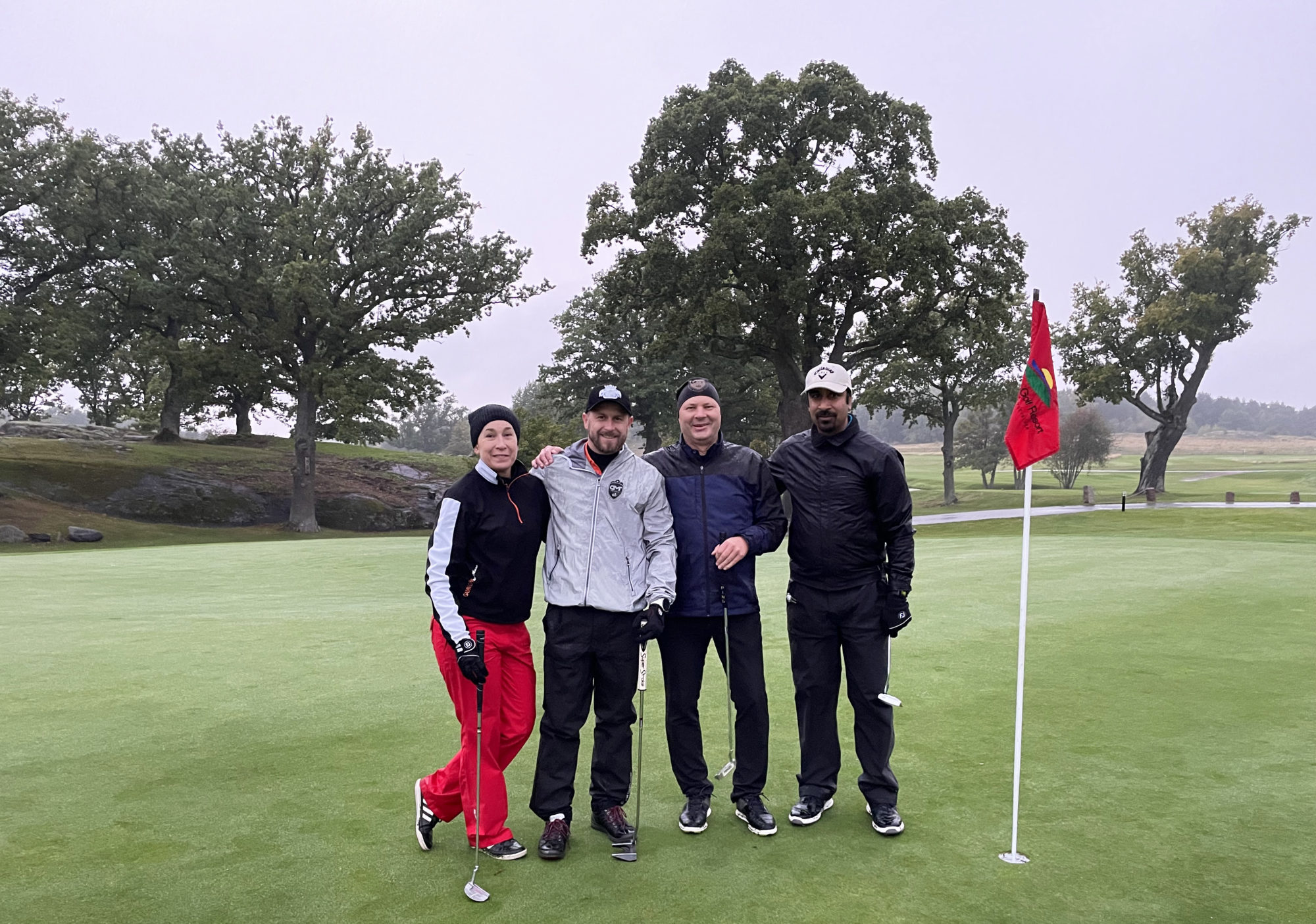 This year’s edition of the OMT Open took place on a windswept but yet, so beautiful Omberg!

A total of 28 people went out in a fierce battle for the glorious trophy. Despite a hard competition between the contestants as well as the forces of the weather, there was a lot of laughter mixed with quiet moments.
Both colleagues and customers were amazed by the fantastic views and the exemplary managed course.

With the darkness on its way, we were finally able to announce the winner. It was Sara Jorge from Siemens Energy who took home the trophy of OMT Open 2021!

Christian Stahlberg from Lantmännen won the battle in the “nearest hole” .

The internal battle between the OMT colleagues was won by a proud Robert Lindberg. Lindberg also took the opportunity to take home the prize for the longest drive on hole 18.

We thank all participants for another successful golf event even though the weather was not with us this year. Congratulations to the winner Sara once again!

OMT offers solutions within engineering industries in the form of consulting services, technical equipment, and property development. We create efficiency, availability and function within technical projects and management. We strive to exceed our customer expectations and ensure all parties win.